Early porcupine quill bodied mechanical pencils are not uncommon. There are three or four in my stash. This one is circa 1880's. Likely made in England. The working end of the pencil is driven in and out of the body via a button controlled channel. Length is a mere 2 1/2 inches closed and 3 3/8 inches extended. The piece is not maker marked. It speaks Sampson Mordan Company to me. 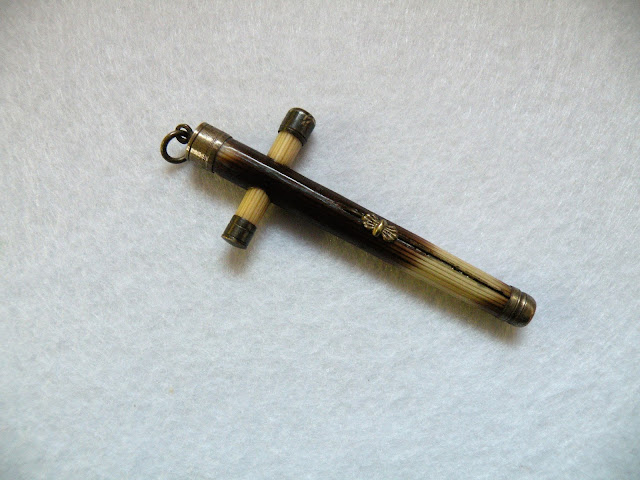 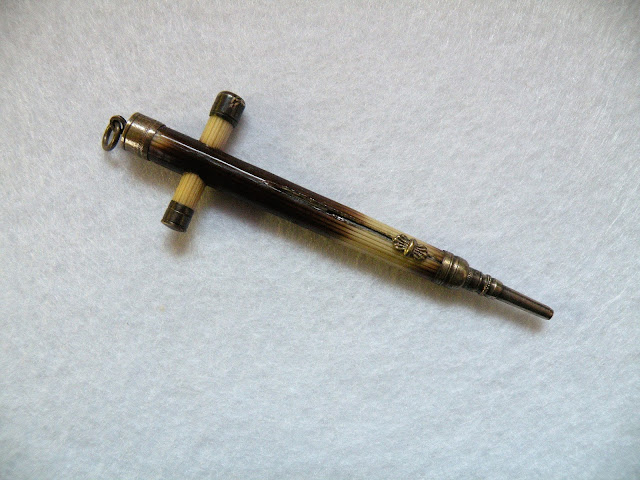 Short stubby pencils produced in the 1930's into the 1940's were and are often referred to as golf pencils. Sheaffer marketed their version as a 'Golf' pencil. The company also marketed the same pencil line as a 'Handbag' pencil. Parker named their pencils 'Vest Pocket' pencils. The company also used the black and red 'Vest Pocket's' for their bridge, card game desk sets. A few companies such as Wahl-Eversharp and Conklin produced pen/pencil combo's that featured a removable pencil section that converted into a 'golf' pencil. Many of these stubby style pencils were often brand unmarked and produced in Germany. Pictured here from top to bottom are a no-name, Parker, A.T. Cross and Sheaffer. 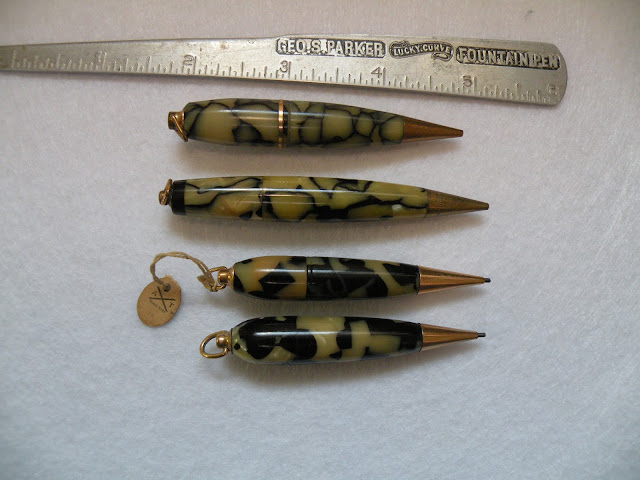 Posted by Joe Nemecek at 1:36 PM No comments:

Here's three Waterman Model 94 stockbroker pencils. All feature a twist cap clutch mechanism (think releasable grippers). These hold the lead in place. Positioning the pencil downward and twisting the cap loosens the grippers allowing the lead to fall down and out (by gravity). Twisting the cap the opposite way tightens the lead for writing. Reversing this procedure drops the lead back into the body and another quick twist locks up the lead for the night. The top pencil body shown here is black hard rubber and features Waterman's early 'Globe' shirt clip. The bottom two pieces are celluloid bodied with a later company clip. All three feature silver trim. Circa 1930 - 1938 All are just slightly over five inches in length. 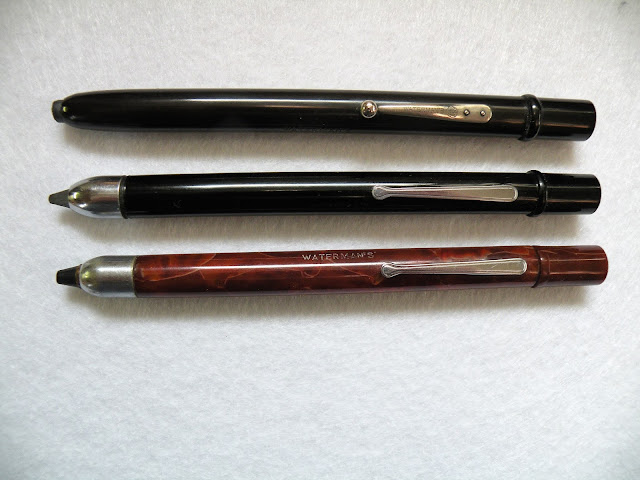 Posted by Joe Nemecek at 3:39 PM No comments: