Johann Faber was an involved family member of the A.W. Faber writing instrument empire during the second half of the 19th century. He left the family business in 1876 to form his own Johann Faber Company of Nuremberg, Germany.  Today I'd like to show an example of one of the new companies' products. This set of useful items was likely carried during the course of the day. It includes a pencil, dip pen, knife and toothpick. Johann Faber merged with A.W. Faber in 1929. Later, the company name was changed to the familiar Faber-Castell of today. This grouping was likely produced in the 1890's. 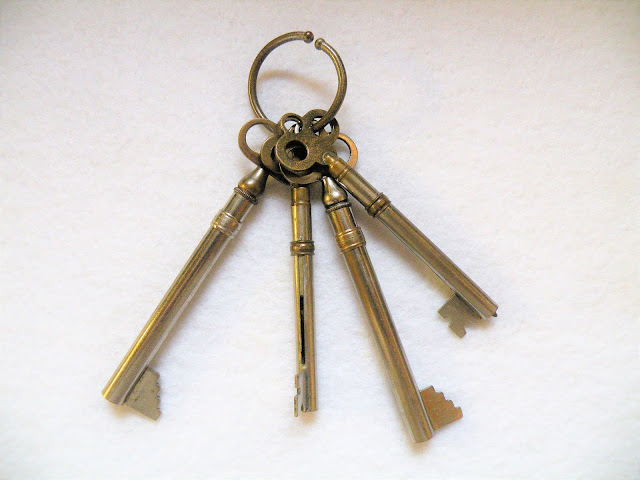 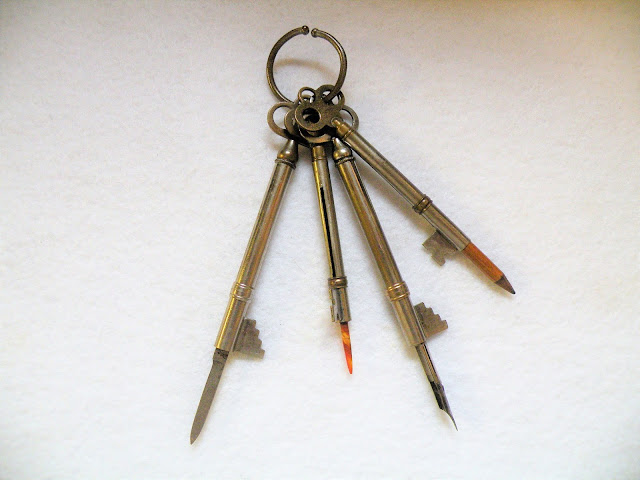 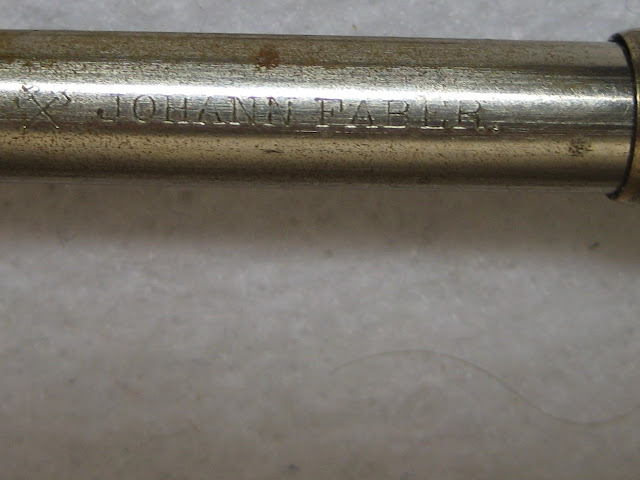