From the second half of the 19th century into the 20th century Aikin Lambert Company produced many high quality mechanical pencils. L.E. Waterman bought the company during the second decade of the 20th century. The two companies had a long working relationship prior to that time. The Aikin Lambert name continued after the purchase. In the mid-1920's the Waterman brand marketed its first line of production mechanical pencils. Aikin Lambert never stopped pencil production. Shown here is Waterman's 1st generation pencil alongside the very similar Aikin Lambert. The Aiken Lambert pencil is also inscribed "THE ALCO". The only difference between the two is the trim and the markings. The pencils are oversize models in red hard rubber, 5 1/2 inches in length. The two 'classic' shirt clips later came to identify each company amongst collectors (same clip here - just different unique bends). The Aikin Lambert name was eventually consumed by Waterman. 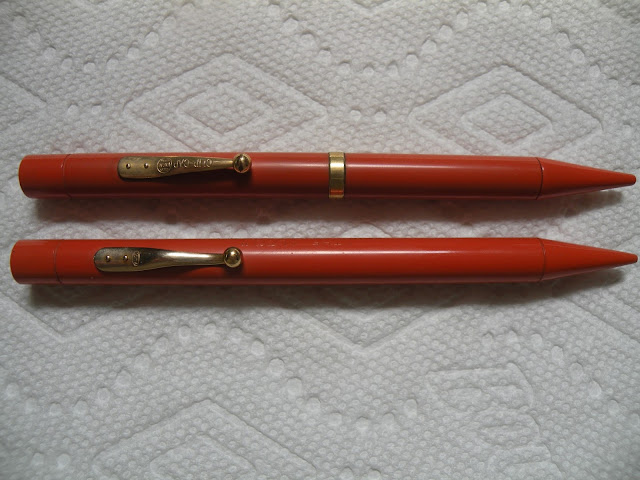 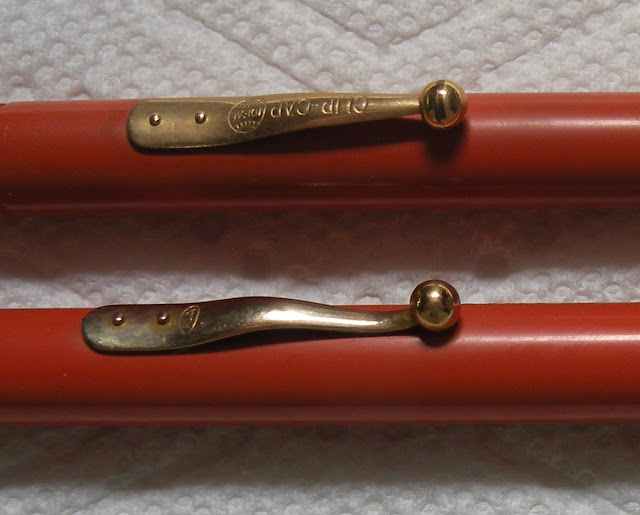